We all know the power of truly engaging writing. Everyone has lost themselves in a book written by a talented author: in the worlds and characters seeming to leap off the page and living in our imagination instead.

However, when we try to recreate that magical prose, too often our sentences come out as dull and uninspiring—regardless of whether we’re writing creatively or for another purpose.

Writing more engaging sentences isn’t some mystic art: with just a few small tweaks — and some techniques borrowed from the greats — your writing could captivate people too. Here are five simple techniques that will bring some instant pizzazz to your writing – regardless of the intent.

Storytelling and imagery are deeply imprinted on the human psyche, all the way back to the days of daubing red ochre on cave walls. A well-placed piece of imagery can immediately transport a reader to another world – and makes your writing more compelling.

There are many literary devices that you can use to do this, including:

A comparison of one thing with something else – especially effective if the comparison is unconventional or unexpected.

Derek was as silent as a mouse

The trees rose above the horizon, like arrows pointed at the stars

The people crowded onto the train carriage like cattle being corralled into a pen.

Like a simile, a metaphor compares one thing to another. However, rather than using ‘like’ or ‘as’, a metaphor states that the thing is something else (but is not intended to be taken literally).

The road ahead was a ribbon stretching across the desert.

The computer was a dinosaur compared to his smartphone.

The sun smiled upon Sarah’s face.

The vintage car coughed and wheezed as Robert started it up.

The stolen brooch lay on the dresser, staring at Teresa accusingly.

In addition, you can use other literary devices that can heighten imagery, such as:

All three of these devices are used in the examples above – can you spot them?

One of the simplest ways to make your writing more engaging is to use active voice rather than passive voice. This blog post goes into detail about the differences between active and passive voice, but the basic rule is:

In almost all circumstances, active voice is easier to understand, uses fewer words, and is more engaging than passive voice.

You can also make your sentences more active by using verbs to describe things, rather than adjectives or adverbs. For example:

“I can’t believe you saw the movie without me!” said Cynthia angrily.

Could be better phrased as:

“I can’t believe you saw the movie without me!” raged Cynthia.

The sun’s rays were warm on Alan’s skin

The easiest way to do this is to use Outwrite, which will suggest these changes for you. You can also use the tool to restructure any sentence you like, simply by highlighting it.

One of the most effective techniques to make your sentences more engaging—particularly in creative writing—is to appeal to all five senses (sight, sound, taste, smell and touch). This makes your writing more real, effectively bypassing the higher brain functions and appealing to your reader at a primal level. It’s even more effective if you can do it unexpectedly, or combine more than one sense to build a complete picture. For example:

As Ben walked through the carnival gates, the first thing that struck him was the aroma of popcorn and hot dogs drifting through the air. He could almost taste the sweetness of the fried onions and the tartness of the cheap tomato ketchup. Every colour imaginable swirled against the darkness of the night sky. A cacophony of competing sounds assaulted his ears: dodgems crashing into each other, teenage laughter rising, the music from the rides merging into a discordant symphony. He reached up instinctively, seeking his father’s hand, a lifetime of calluses rough against Ben’s own soft palms.

We respond at a fundamental level to rhythm. Writing has its own rhythm, too, which we can manipulate via different sentence lengths and punctuation to make our writing more interesting.

Varying your sentence lengths is a very effective way to make your reader sit up and pay attention.

Long sentences are calming, to a point: lulling your readers into a (false) sense of security — at least, until they start to go on a little too long, which starts to create a sense of anxiety or discomfort.

Whereas short, staccato sentences have impact. They punch the reader in the face. Quick. Hard. Powerful.

Punctuation within sentences serves a similar function – a comma, a semicolon and a colon all indicate a slightly different length of pause (along with their strict grammatical functions). Using brackets, em-dashes or en-dashes instead of commas can also make a clause more or less prominent, and keeps your readers engaged.

Finally, don’t underestimate the visual impact of your writing.

Big blocks of text send us to sleep, especially in the digital age. Use formatting on the page (or screen) to add interest to your writing: for example, insert relevant images to break up blocks of text.

Introduce headings at regular intervals – these can be more frequent for short, informal writing like blogs; they are generally less frequent (and may also feature two or three levels of sub-headings) for more formal writing.

Meanwhile, design features like pull-out boxes or different fonts can highlight key pieces of text. Use italics to emphasise key words (this is generally preferred to bold or CAPS nowadays). Using bullet points for lists or examples helps break up the text, and improves reader engagements.

All of these techniques are at play in this blog post – why not scroll back up and see how many you can spot?

An even easier way to make your sentences pop

There you have it. Five quick and easy ways to turn turgid prose into sparkling, witty sentences.

Of course, you can also let Outwrite’s paraphrasing tool improve your sentences for you: just double-click on or highlight a sentence, select your rewriting goal, and Outwrite will generate a list of suggestions for you. 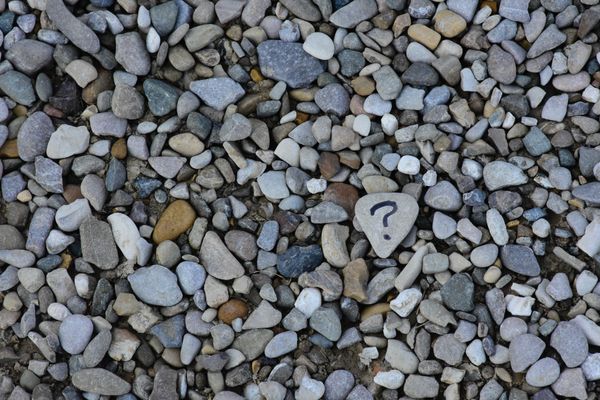